I had a great Sunday afternoon conversation with the Rev. Dan Dowdy of the 600 block of Woodstock Road. Dan has been a Woodstock resident since 1951, when his father Joseph Dowdy purchased a 4 acre lot that stretched from Woodstock Road east to present-day Rodney Lane (the southern half of Parkerson lot #16). Dan shared a few great pictures of Woodstock from the early 1960's, and he has given me permission to share them with you. 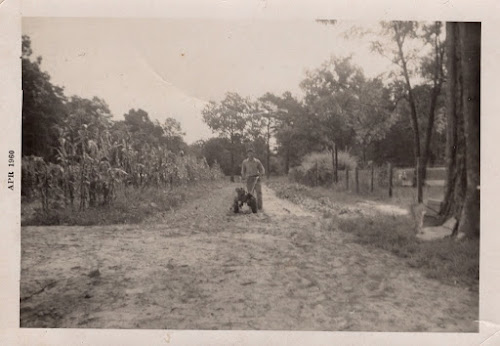 April, 1960 -- Dan's father, Joseph Dowdy, farming the land that is now 614 thru 618 Woodstock Road. Facing east -- those trees in the distance will eventually give way to Interstate 64, which will cut the Dowdy farm right down the middle. Progress... 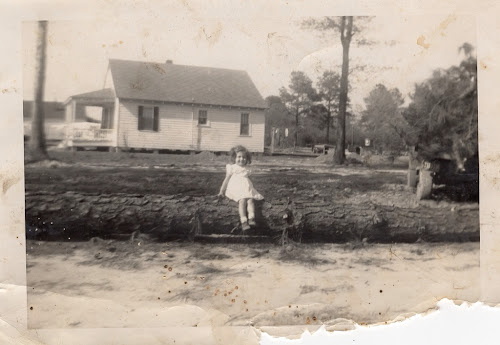 Dan's sister, Ellen. There is no date on the photo, but if we take a guess based on her apparent age, this picture is probably circa 1954. That house behind her is the Fentress residence at 604 Woodstock Road, though a different house occupies that property now. 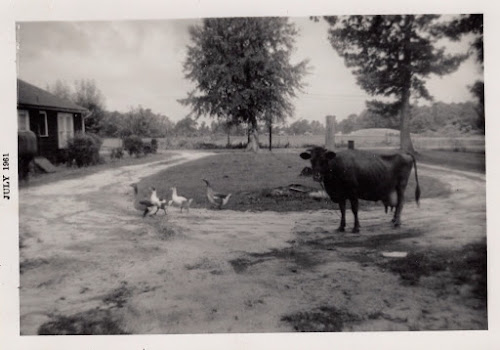 July, 1961 -- Standing immediately east of the U-shaped driveway at 616 Woodstock Road, facing west. Today that distant field is Woodstock Cove park and lake; and 617 and 621 Woodstock Road are right across the street. That's Betsy, staring at the camera. 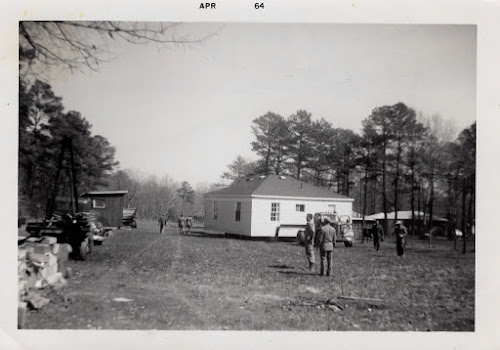 April, 1964 -- Dan's father purchased this house at auction for $300. The house originally occupied land on Oak Terrace Drive that was in the path of Interstate 64 construction. The house was moved from there to its current location just off Woodstock Road. According to the City Assessor's Office website, the house was built in 1941, which makes it the oldest (surviving) house in Woodstock. There is a hand-written note on the back of this photo that says, "Moving Day from Oak Drive -- on my 41st Birth[day]." 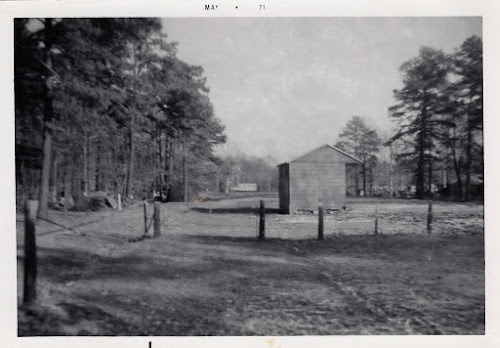 May, 1971 -- Standing on the Dowdy property, facing east. That truck in the background is travelling on I-64, which at this time is visible from Woodstock Road.

These photos are a great example of why this blog exists: to record the memories of those who lived here before us, and share them with those of us who are new to the community (like myself). If you have access to any old photos that you would like to share here, please e-mail me at garockey@gmail.com.